So there we are, Colin & Deborah, Lorna & Mike and I sitting in the garden on Sunday afternoon after the party, talking about the party, the great music, the friendly people, the fabulous weather and the amazing raffle prizes, when Deborah quietly mentions that she still has an unclaimed raffle prize, for which she needs to find a recipient…

Apparently a child had won it in the raffle and neither he nor anyone in his family had wanted it, so he had given it back. But the band was due to play, so there was no time to draw another ticket, and it got forgotten in the Jarvis hysteria.

Now, in the calm of a sunny Sunday afternoon, she remembered the rather unusual, unwanted gift and wondered whom she could give it to?

Here’s where it gets a bit spooky, as in coincidences and synchronicity (which I’ve actually been experiencing in high volume recently, so perhaps I shouldn’t be too surprised?)… On my way to the party, I noticed a sign offering light aircraft flights for birthday or anniversary gifts. Never having had such a desire previously, I surprised myself by thinking that I might want to tentatively consider adding that to my List for Living, as part of my intention to make the most of life. Who knows where that mad idea came from?

Maybe you’re ahead of me here, but what do you think Deborah’s unwanted raffle prize could be? 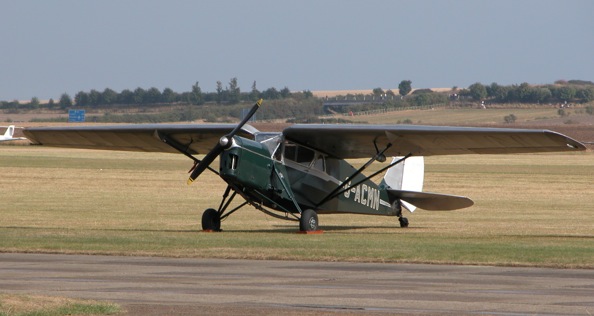 So, let’s see… the only other people in the garden have already won two fab prizes, with which they are more than happy, Deborah has already been offered a flight in the same plane by the owners, by dint of it being her birthday party and having myeloma, I guess. And I am not only an honoured guest, who has myeloma and who didn’t win anything in the raffle the night before, but I have had a significant prompt from the benevolent universe to consider taking just such a flight…

Deborah didn’t hesitate to offer it to me. Feeling somewhat embarrassed though, I hesitated to accept. But how could I NOT accept, after such a huge cosmic nudge, plus some excited encouragement from the gathered company? Well, obviously I couldn’t NOT accept… so that means I DID accept. And having accepted, that means I actually have to take the flight. Despite all my usual bravado, I was/am secretly a tiny bit terrified. I didn’t do anything about booking a date for a couple of weeks, while I allowed the astonishment to fade a little and the reality of it to sink in.

While writing this post, I decided to be brave and pick up the phone to make contact with Kate and Martin, the people who own and operate the plane. Even though I am not ready to book a date yet, I wanted them to know that the prize was received and appreciated. I also wanted to find out a bit more about how it all works and what I need to do.

They were delighted to hear from me and willing to be very accommodating in terms of dates and even place. The plane normally lives at the Imperial War Museum in Duxford, Cambridgeshire, but they are happy to fly it up to Nottingham airport for my flight if that’s easier for me. Kate told me that her daughter went to Uni in Nottingham and she would occasionally fly up to visit her. I had to laugh; it’s such a different world!

I assured them that I would be quite happy to combine the flight with either a trip to Cambridge or a visit to my new friends in Hertfordshire, so Duxford will be fine.

As for the date, they were happy to hear that I don’t want to book anything before September as we all are busy over the summer. The only thing I need to be aware of is the weather, so leaving it until October may prove difficult. The plane cannot take off if the wind is blowing in the wrong direction for the runway, nor can it fly well if it’s too gusty. I’m pretty sure I’ll feel less nervous if it’s a calm day and I’d much rather fly on a bright day when I can see the countryside below. Apparently, as long as the clouds are not too low, there’s no problem, they simply fly below them. I dare say I’ll learn more about aviation basics when I hit the runway (not literally, I hope!).

We left it that Martin will call me late August to set up three possible dates that will be either confirmed or cancelled nearer the time, depending on wind, cloud, rain, etc.

I’m hoping that I can persuade my friend to accompany me, although the flight itself is just for one, so she’ll just have to watch from the ground. Being scared of flying even in a regular commercial aircraft, she will be SO relieved. This nearly 80 year old monoplane would be beyond the pale.

Of course I’ll write all about it here when I actually take the flight. Woo hoo! Or should that be “YIKES!!!”?